How to Take Photos of Your Band That Look Professional 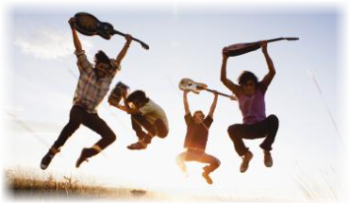 A good band photo can make the difference when it comes to getting your band featured in a magazine. It may seem pretty simple to whip out your phone, click a couple of shots and send them off, but getting your best band photos should involve more than that ... a lot more.

Here are some tips and tricks to consider when taking band photos, plus some advice for the budding band photographer in you.

When considering how to get your band photos done, you should keep these five points in mind:

1.
Remember that band photos are press photos. You're taking band photos to get the band exposure in the press and to present a visual image of the band. While this may seem obvious, it's a good thing to keep in mind when preparing the shoot and taking the photos. Are the photos likely to be published? Assuming they are, is the image of the band the one that you want to be presenting to the public?

2.
Think carefully about the composition of your photos. Photographing more than one or two people can be hard. You don't want the pictures to end up looking like someone's wedding photos, a class photo or police mugshots (unless of course that's the image you're going for). Before you take the pictures, think about the positioning of the photo. When it comes time to shoot, take as many different shots as you can — you can never have too many to choose from.

3.
Consider whether you want live photos. In many ways taking live photos can seem like the easiest option — for a start, all the band members are likely to be in the same place at the same time. However, there are a few pitfalls. Unless the photo will be accompanying a review of a live event, most magazines and newspapers won't want to use a live photo. Although the whole band will be on stage at the same time during a live event, it may be hard to get a good shot of all of them, and with fast movement and low lighting levels, concerts are one of the hardest environments to photograph. A good live shot can be a useful addition to a press pack, but it isn't a replacement for a good staged band photo.

4.
Don't take the photos yourself. If you are a photographer and in the band, avoid taking the photos yourself if at all possible. While most cameras have the ability to take a timed portrait (giving you, as the photographer, a chance to get into the picture), it's not a good idea to use that function — you'll get much better results by asking someone outside of the band to take your photographs. It also could be beneficial to work with another photographer — you can exchange ideas and she may have some good suggestions. The world is full of aspiring photographers, many of whom would love to photograph your band. To find one, put an ad on the board in a local camera shop or at an art college. Many new photographers will be happy to work for free to gain experience, but it's a good idea to at least offer to cover their expenses. You also should ensure they are credited when the photos are published.

Without question, photographers themselves are the best source of advice for putting together a stand-out band photo, especially if they have prior experience photographing bands.