5 Ways to Impress Music Journalists With Your Promo Photo 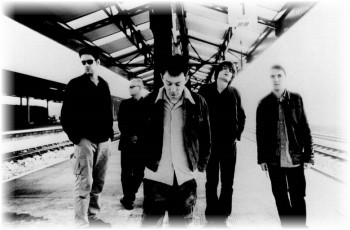 Promotional photos serve many purposes for music journalists beyond just being something to feast our eyes upon. They introduce us to the people behind the music and help create or reinforce a narrative of a band, which can aid us in our writing process. They grab readers' attention and can make more people inclined to check out a story. They sometimes even make our articles easier to read by breaking up otherwise dense chunks of text. We love promo photos and who can blame us?

One thing most people don't know is that from where we're sitting, the functionality of a promo photo is often as important as any other element. In our deadline-centric worlds, we need to round up artwork fast, and those images often have to meet exacting standards of size or style (for example, some magazines won't run live shots outside of concert reviews). With all of that in mind, here are five elements essential to music journalists when it comes to promo photos.

What's the use of great press photos if they can’t be easily found? Don't let the words "Google image search" ever enter even the laziest journalist's brain. Make sure large, high-res, downloadable versions are available and clearly marked on your website, or include a link to them on your label or PR company’s media page. Have multiple options available – including horizontal and vertical images, black and white, and color – and the press will love you even more.

Your promo photos should give some indication of your band’s overall vibe and personality and help you stand out from the crowd. But whether your group has a flair for theatrics and costumes or the world's most low-key sensibilities, certain promo photo rules apply to all. If your images are too corny or cliched, you'll unintentionally come across as ubiquitous and unoriginal and could run the risk of being overlooked on-sight before the journalist even hears your music. As publicist Jason Baxter suggests, it's also a negative if your photo comes across as if you're trying too hard. So put some thought into your photos, but don’t over think them. Be yourself!

Many artists wouldn't think of sending promo photos without credit information, but many more do not – which means photographers often don't get their due when their work appears in media. Make sure to clearly credit the photo where it appears on your site. I recommend going a step further and including the info in the file name. That way, even if the images get downloaded by Party A (journalist, office intern) before being sent to Party B (an editor or art director), there are no discrepancies.

Your band photos certainly don't have to be high art, but they should look professional. Again, this sounds like an obvious suggestion, but you'd be surprised that even in 2014, many independent bands still don't have print-quality photos. Hire a professional photographer, and don't be afraid to search around for the right fit to capture your band's aesthetic. Even on a budget, you don't have to settle for mediocrity. Candid shots from practice, tours, or just hanging out are great to have on your website and social media pages to help put your band in a proper context and tell a backstory (whether carefully constructed or unabridged). But unless they're specifically requested – tour diaries and "studio updates" are good examples – editors won't want to run them.

Even though photo shoots can be a chore (and potentially costly), they need to be updated at least semi-regularly. A portrait from a decade ago may look extremely dated, and that can give the impression that your music is as well. Most bands take new photos to coincide with a new album cycle, which makes sense, especially if their label covers or shares the bill. But some bands go many years between studio records while still regularly playing shows. In this case, photos should be revisited every year or so, especially when there are changes in the lineup. Seriously, stop circulating photos of you with the bass player you kicked out six months ago.